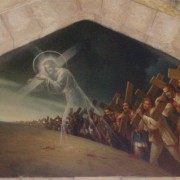 Well, who doesn’t? I’m not being cynical, I wanted to remind myself and you something important. Everyone has problems, very different problems to you quite likely, depending on many different things. Sometimes we look at the problems of others and say to ourselves ‘far out, is this what you consider a problem?!? Look what I’m going through?!’ Yes, it does make us feel better judging others for a moment. Then it’s also wise to realise that if they were too look at our problems, from their perspective, they would probably say exactly the same back to us ‘These are problems? Get over it!’

It’s a human nature that after we go through a certain steps of development and we learned a lesson or more which others might still struggle with that when we look back we judge them a little. Or we forget that we used to be kids and teenagers and had exactly the same issues with first love, perception of others, problems at school, not liking ourselves in the mirror and so on.

I’m writing about it because I had a dream last night that I’d like to share with you.

I was sitting on a train talking to someone. It was a longer ride so I got comfortable and we chat. I don’t remember who the person was or whether it was male or female. Suddenly, in one of the stops man got in that looked almost like a homeless person. Not groomed, poorly dressed, a bit dirty. The reasons walked right behind him – he had 4 daughters, carrying couple of them along with a bag and prams and toys and all the other parenting things. All four of them were very lively and very cute so they were running through the train and had a great time making friends and discovering what they can climb on, run and jump through, under or over. Their father was exhausted.

Then a song that I really like came on and I wanted to hear it playing louder so being an IT guy (I guess that’s a given in a dream) I increased the volume. Because of a control lag I made it too loud but the kids loved it and started dancing so I made it just a bit quitter for everyone’s comfort and looked at the father who’s look signalled very many things like ‘thank you for entertaining them’, ‘I’m exhausted’, ‘You have no idea of the things that I do’, ‘Can I sleep now?’…

In a few stops they got out, I helped them with his things as he couldn’t carry them all at once. It was a lovely addition to the ride but we were all glad they were gone as we could hear ourselves again, talk and just enjoy the ride.

Greek philosophers thought that if everyone’s problems were put on a giant pile, we would come, looked at all of them but still take our own back. There’s a Christian version of it which is represented by the picture above, that everyone has their own cross to carry, their own problems to deal with.

Don’t compare yourself with others and don’t judge them, your problems might seem very trivial to them.